BNPL: What’s The Hype About? 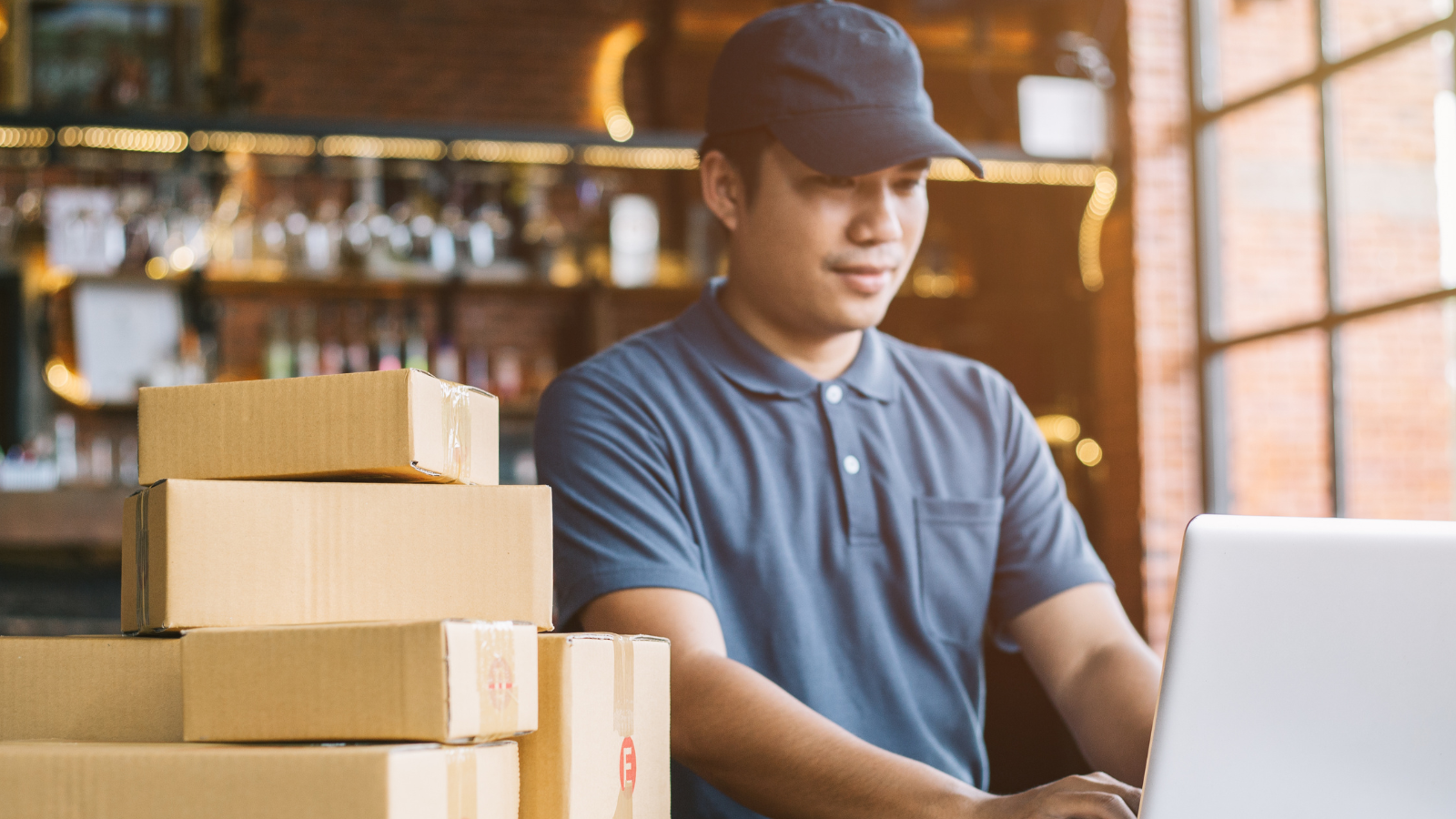 The latest buzzword in the FinTech world seems to be BNPL: the acronym for ‘Buy Now Pay Later’, and the hype is building up in Southeast Asia (SEA) too. Consumers across the region, whether checking out their carts online or at the check-out counters in stores, are being offered the option to pay for their purchases in short-term instalments with no fees, and cash-strapped millennials and Gen Z’s are jumping on it.

The strong appetite for this short-term financing solution has led to a proliferation of FinTechs both globally and across SEA, each wanting to capture a slice of the BNPL market. Venture Capital firms have been eager to fund these startups given the expected growth in the global BNPL market, as well as the valuation gains made by industry titans Klarna, Afterpay, and Affirm. According to CB Insights, these companies “are well on their way to becoming household names, with new user growth and transaction volume exploding.”

"A November 2020 Bank of America analyst note estimated that global BNPL gross merchandise volume (GMV) may grow to between US$650 billion and US$1 trillion by 2025, or roughly 10 to 15 times the current market size."

A telling indicator on the hype around BNPL space is the number of mentions this financing solution has received on earnings calls and shareholder meetings as of late. There were a record 46 mentions in February 2021, according to data compiled by Sentieo and quoted by Quartz, up from zero mentions in April 2020.

Here in Singapore, the BNPL market has been brewing red hot with several homegrown FinTechs, all vying for customer acquisition and partnerships with merchants.

The older startups (established pre-pandemic) have benefitted from the structural consumer shift to e-commerce which gained significant steam during Singapore’s Circuit Breaker period in 2020, and continued to sustain its traction even after the opening of the economy. Newer BNPL ventures are counting on the expected growth in the space and the increased segmentation in users and industries. The BNPL race is set to further accelerate with service giant Grab and e-commerce platform Shopee now offering BNPL payment services to their users, and traditional banks exploring BNPL services driven by customer demand.

In this issue of The Heli-Pad…

We begin with a quick background on how BNPL solutions work, and we explore why these short-term financing solutions are being increasingly adopted by both consumers and merchants. We then get exclusive key insights from Ismail Hizam of Rely, Stuart Thornton of hoolah, and David Chen of Atome on the BNPL industry’s growth drivers and what the future holds for Singapore’s leading BNPL players.

The pioneer of the BNPL concept is Swedish FinTech startup Klarna which launched its operations in 2005, offering online consumers the option to pay after receiving the goods (an old idea dating back to shopping catalogues and reconfigured for the burgeoning e-commerce industry).

Today, Klarna offers several payment types including direct payments, pay after delivery options, and instalments plans which enable consumers to pay when and how they prefer. Klarna Co-founder and CEO Sebastian Siemiatkowski summarized BNPL’s value-add for both consumers and merchants: “We build value-adding relationships with merchants by increasing conversion, average order value and sales while creating a superior consumer experience.”

As of the date of this newsletter, Klarna is Europe’s most valuable startup, having nearly tripled its valuation to US$31 billion in less than six months with a new US$1 billion private fundraising round in early March 2021.

Australian-born Afterpay is another leader in BNPL retail financing. Founded in 2015, Afterpay went public in 2016 at AU$1 per share with a market cap of AU$125million. The company’s share price rose by 15 times between March 2020 and February 2021 driven by pandemic consumption patterns and strong overseas expansion particularly in the US. Afterpay recently announced it will launch an app called Afterpay Money that will let users have their salary deposited directly into the service and allow a far wider range of payments. This new service is just another example of how BNPL FinTechs can scale an existing tech platform and leverage customer loyalty to add new revenue streams.

San Francisco-based BNPL company Affirm was founded in 2012 and went public in January 2021. Its share price surged in first-day trading by more than 90% – priced at $49 a share, Affirm’s stock opened at $90.90 and climbed as high as $96.07 in late trades, nearly doubling its valuation that day to around $24Bn.

Turning to our neck of the woods, the Asia Pacific region is expected to deliver the fastest growth in BNPL between 2020 to 2027 according to Coherent Market Insights, driven by increasing internet users, smart phone penetration and e-commerce adoption. According to e-Conomy SEA Report 2020 by Google, Temasek, and Bain, 40 million new users joined Southeast Asia’s digital economy in 2020 alone, bringing the total number of Internet users in the region to 400 million.

In Singapore specifically, an October 2020 consumer survey by Finder found that an estimated 1.1 million people, or 38% of the population, have used a BNPL service. Given the plethora of BNPL players in the region, ranging from upstart FinTechs to e-commerce platforms like Shopee, data giants like Grab, and even traditional banks jumping on the bandwagon, the competition between BNPL players will be strong, and the race is only getting started.

With the growing global hype around BNPL, some criticism of this short-term consumer financing solution is emerging from industry watchers. The main critique has been that delayed payment options, just like credit cards, can inspire consumers to spend more than they intend or can afford to. Also, while these financing solutions tout an ‘interest free’ headline, delinquent consumers do face late payment fees, which can be quite hefty depending on the provider’s terms and conditions.

Other comments questioned the merchant side of the BNPL solution, particularly the much higher fees that BNPL solutions charge merchants (~ 7-8% as opposed to the 2-3% that credit card companies charge) and how much of sales conversions can be attributed to the use of a BNPL service.

Some of the BNPL companies have responded that their offerings remain more transparent and simpler to understand than typical credit cards which can incentivize consumers to make minimum monthly payments that cause interest costs to stack up.

Given the growing adoption of BNPL financing solutions and the accompanying caveats, it is perhaps unsurprising that there have been announcements of regulatory ‘revisions’ in the UK, a large BNPL market, as well as here in Singapore. We address the expected impact of new laws on the BNPL space, among other questions, with Singapore’s industry BNPL leaders in the following exclusive interview.

For this issue of The Heli-Pad, we have curated a selection of recent press picks to keep you updated on the latest  developments in the BNPL space.  Happy Reading!

Read more on The Edge Markets 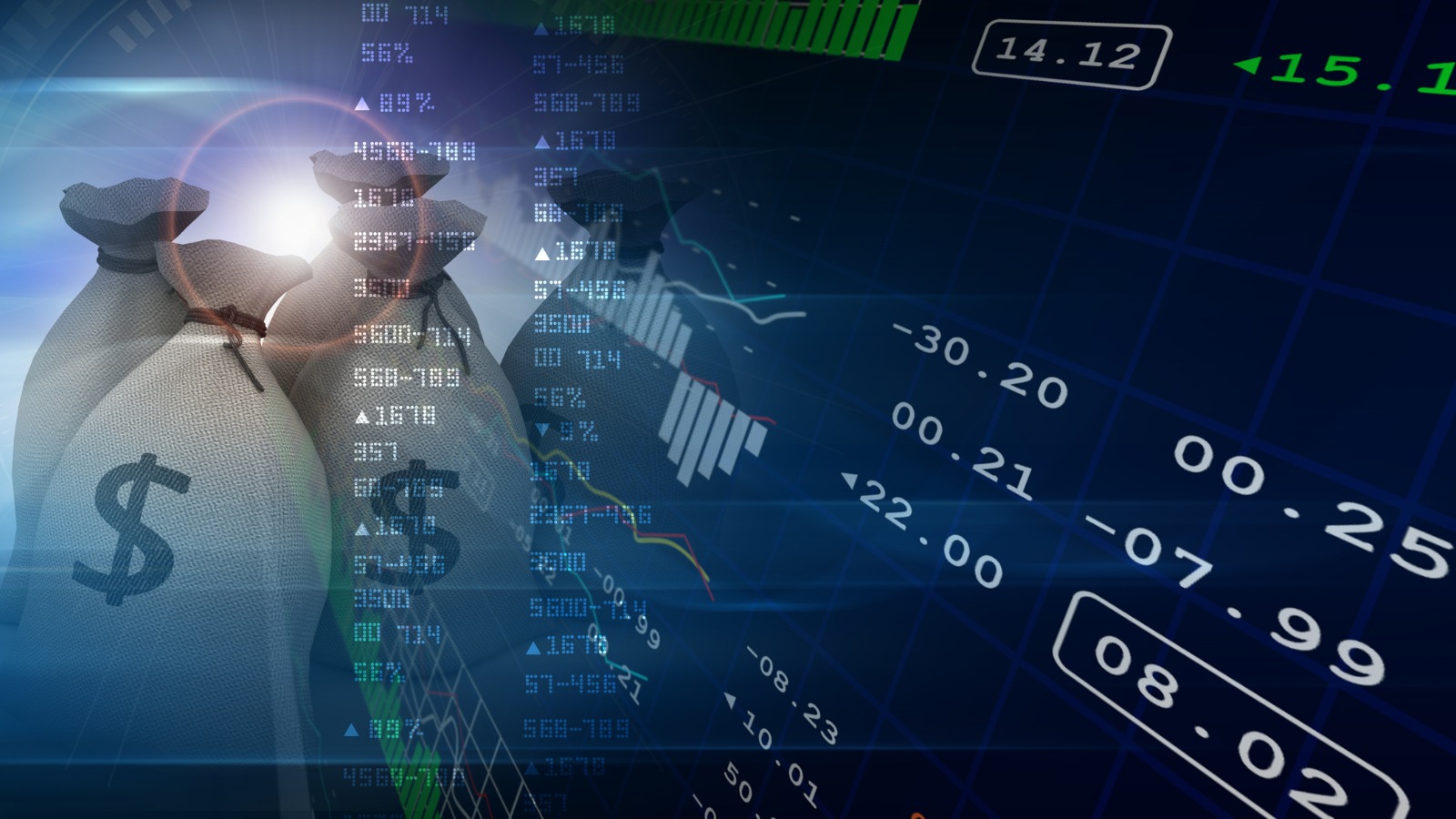 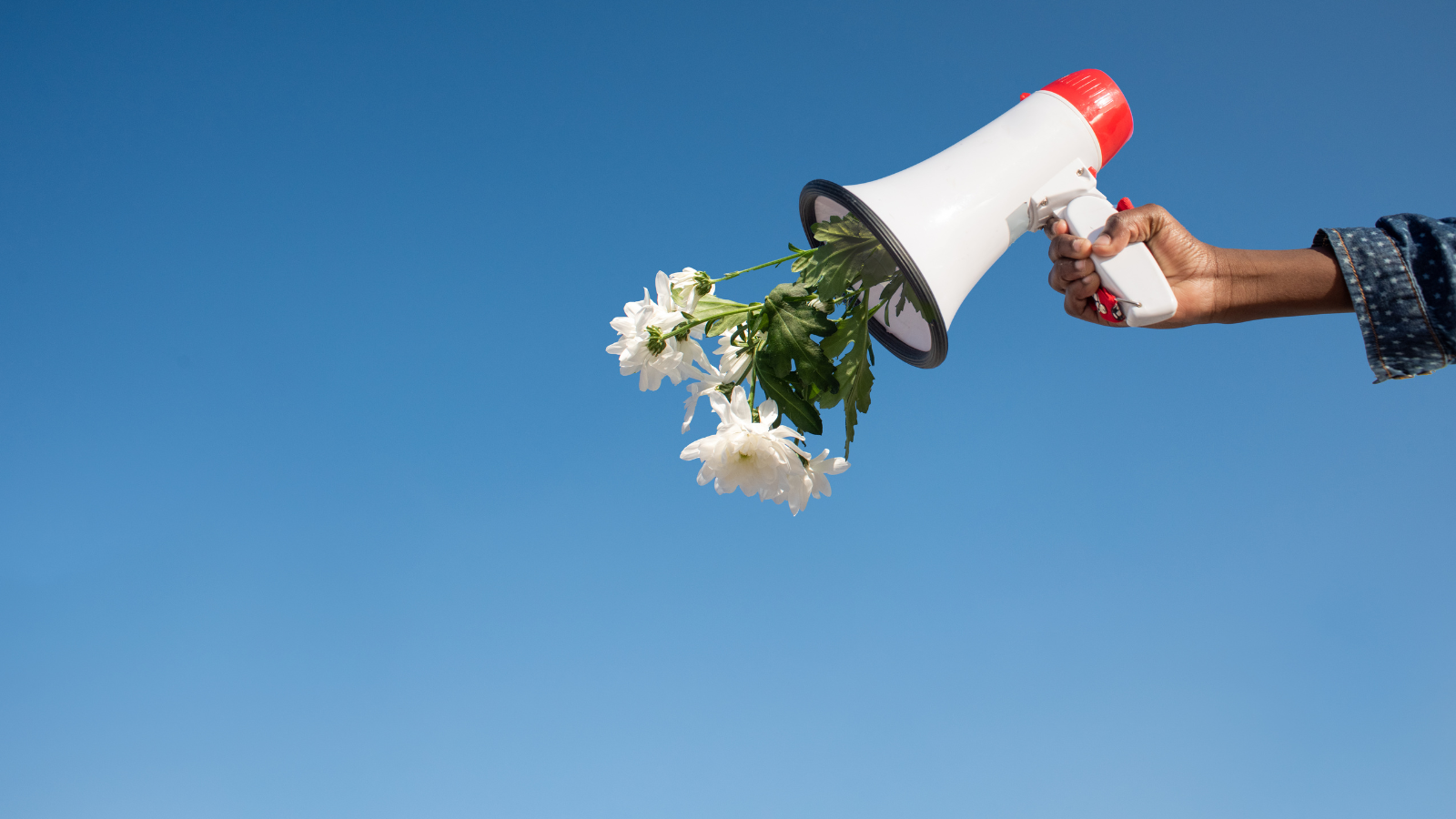 Private Debt Investing: An Alternative You Can't Afford to Ignore 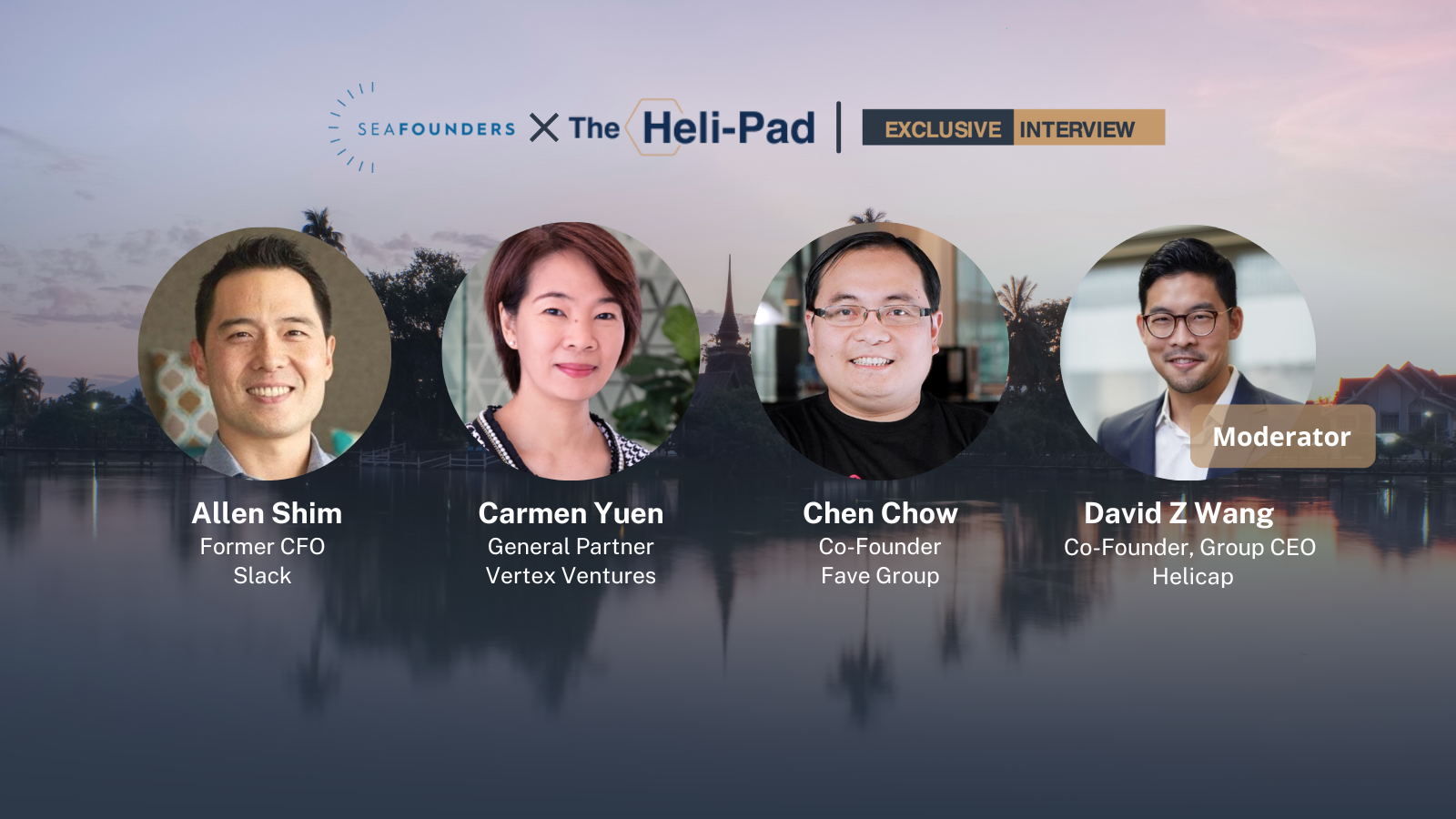